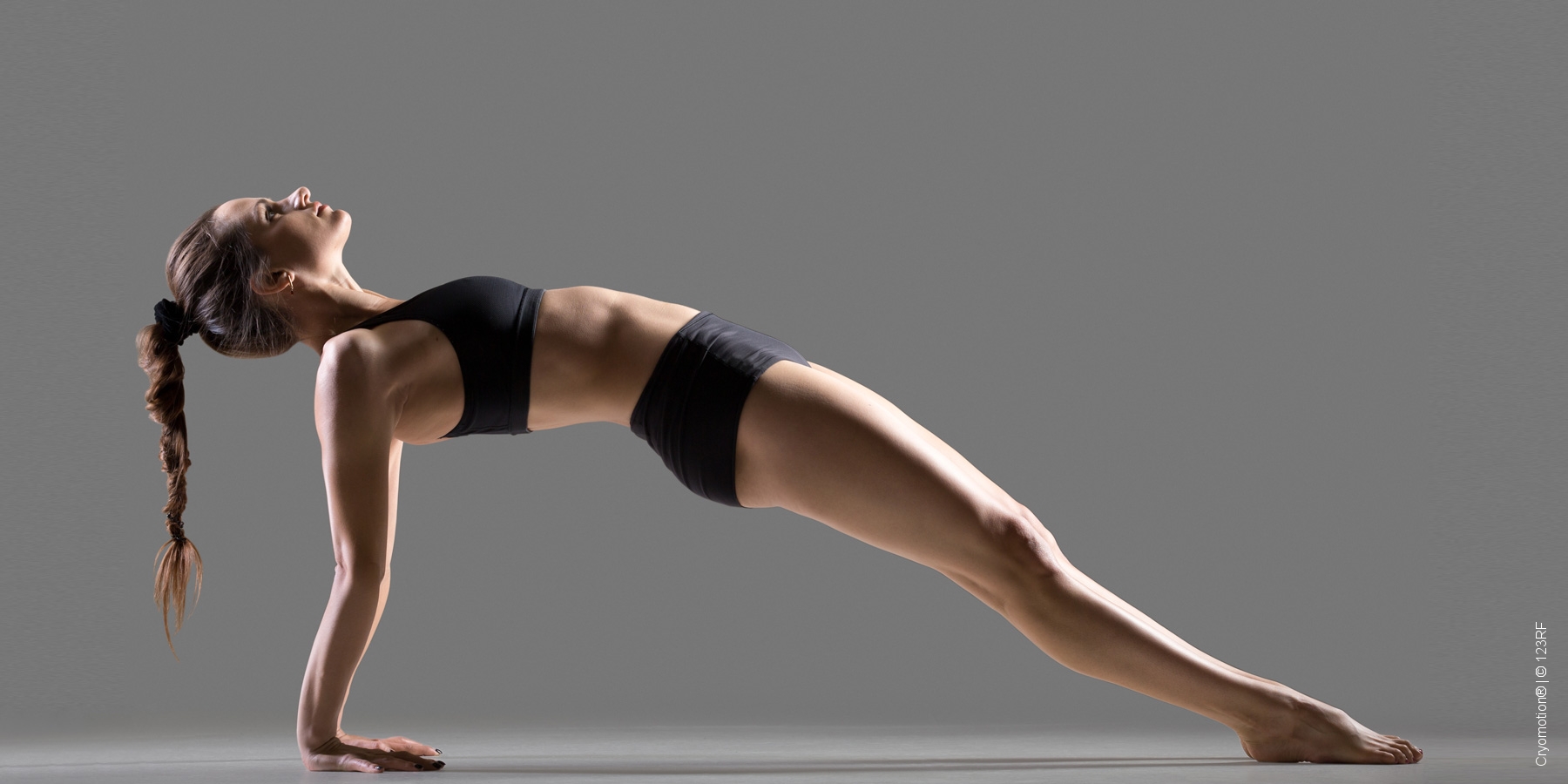 Cryolipolysis in Lyon: Refine your silhouette thanks to "cryo slimming"!

Discover cryolipolysis and its benefits

The cold can help you to get rid of localized fatty tissue and little unwanted bulges, when diets or exercise aren't working!

The Cryomotion® center in Lyon uses cryolipolysis technology to help you fight back against localized fat deposits that make silhouettes ungainly.

Cryolipolysis is a technology imported from the United States. It is an original procedure for the selective destruction of fatty tissue through intense cold.

The cryolipolysis technique is simple: application of an intense cold of -5 to -10 °C on localized areas of the body resulting in the destruction of fat cells located in the subcutaneous tissue (hypodermis), without hurting nearby tissue.

A cryolipolysis session generally lasts from 35 to 60 minutes.

No injection is necessary during a cryolipolysis session.

CRYILIPOLYSIS: A GENUINE ALTERNATIVE TO LIPOSUCTION

The destruction of fatty tissue by cryolipolysis intervenes in a selective manner that causes little pain and is non-invasive, it is vastly different from liposuction, which involves more complicated post-treatment effects: pain, bruising, wearing a special panty for several weeks, painful  and long convalescence.

TECHNIQUE & PROCESS WHAT HAPPENS DURING A SESSION

Exposure to intense cold (-5 to -10 °C) during for 35 to 60 min leads to the “crystallization” of cells that store fat. These fat cells are rendered so fragile that they undergo apoptosis (cellular suicide). The microphages, the organism's cleaning cells, evacuate them naturally, as they do for hundreds of thousands of cells every day in the organism.

This destruction of fatty cells is progressive.
The effects often appear within 60 to 90 days of the session.
For this reason, results of the treatment are staggered over time.

Progressively, the fat deposits diminish and the silhouette slims down.

The cryolipolysis technique obviously does not dispense one from observing a balanced diet.

A session of cryolipolysis generally has a positive and dynamic effect, encouraging efforts in that direction. 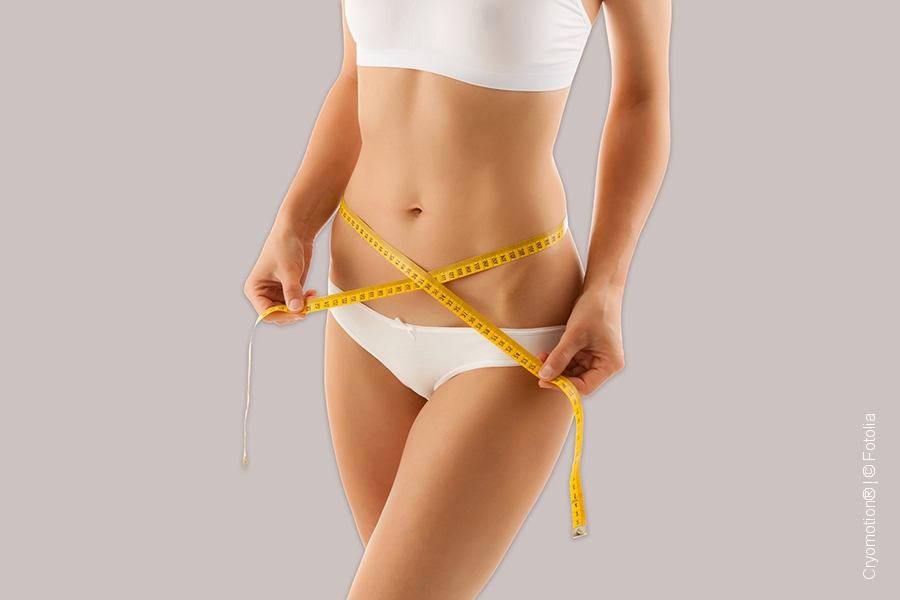 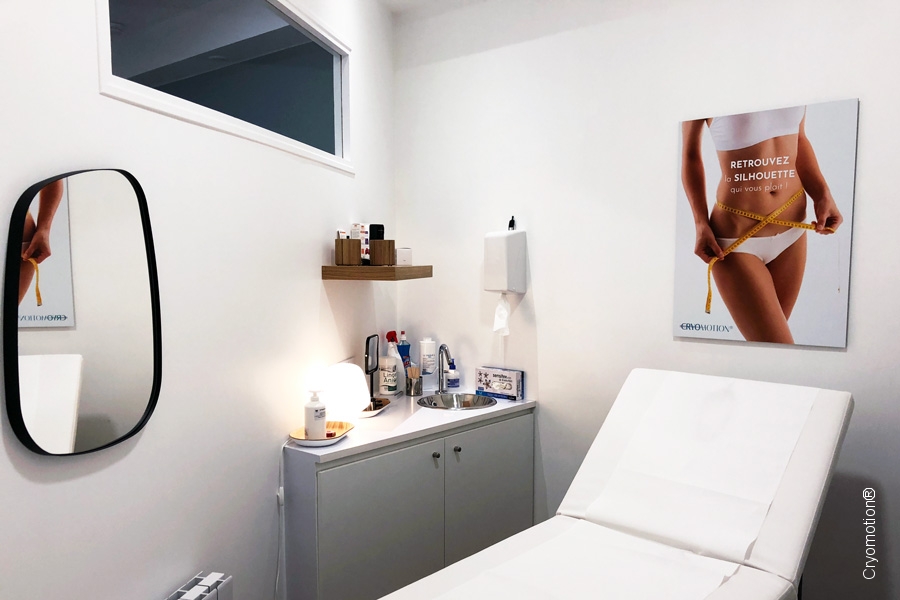 A cryolipolysis session at the Cryomotion® center

We evaluate your needs in order to offer you a personalized treatment.

The treatment is localized in the zones that you wish to slim down.

The machine used by the Cryomotion® center allows for the use of two applicators in certain cases.

In one session it's possible to treat: 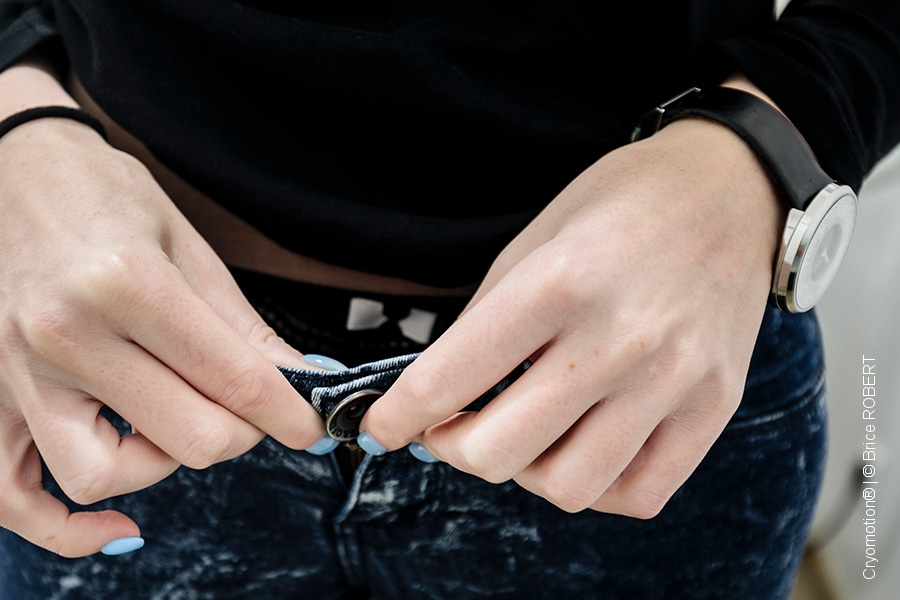 The now fragile fatty cells evolve progressively towards apoptosis and are naturally eliminated by the organism (that is the role of macrophage cells).
The fatty deposits diminish and, little by little, your silhouette becomes slimmer.
Results become visible beginning 60 to 90 days after treatment.

Take advantage of our amazing offers

In addition to cryolipolysis

MShape BODY REMODELING
We use cookies to guarantee you the best possible experience on our site. If you continue
to use our site, we understand that to mean that you accept the use of cookies.